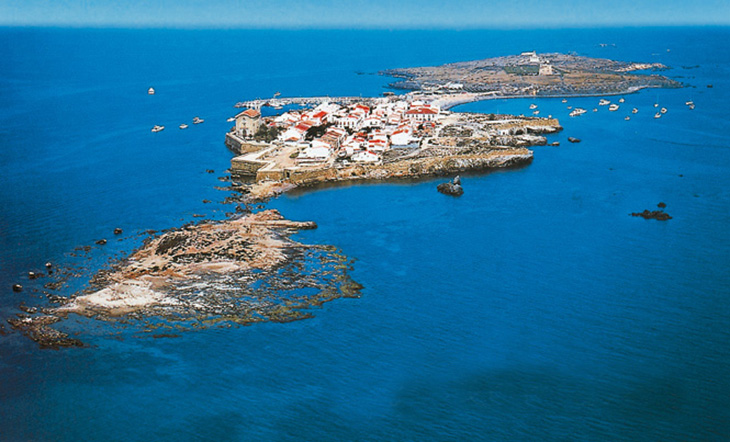 The smallest island in the Mediterranean and the only  inhabited of the Community of Valencia.

Not far away of Hotel La Laguna just only 10 km from Torrevieja or 28 km from Santa Pola you have some options to get to “The island of Tabarca”; one of the few populated islands in Spain with just 65 residents which is one of the favorites destinations in Alicante province.

The water around Tabarca is clear and inviting to have more healthy (bathe, along with the Sandy beaches on the south side, on the cliffs, coves and cobblestone rocks from the rest of the island (North Beach and French Creek are just some of examples), it has been awarded on many occasions with the EU blue flag.

The earliest writings that reflect the existence of the island date back to the 6th century BC. It has been built as a fortified city, which could be accessed only by three main entries: (San Rafael, San Gabriel and San Miguel). Within its walls, Tabarca gathers and maintains the Heritage of Cultural Interest which is the church of St. Peter and St. Paul, Baroque and fortified appearance. It has a nave without cruisers, with eight side and two main doors. The island has been a Conservation Area since 1964.

Another remarkable monument is the wall itself, built in ashlar Stone, and entry facades (with stone vaults, royal coats of arms and various inscriptions). The Tower of San Jose was in a distance from the village, 27,5 meters high, of a truncated pyramid shape and strategically placed to fulfill the functions of monitoring the island.

If you want to visit Tabarca staying hosted in our hotel, ask in reception about this service, and they will give you all the information with the possibility to book your trip to the island.