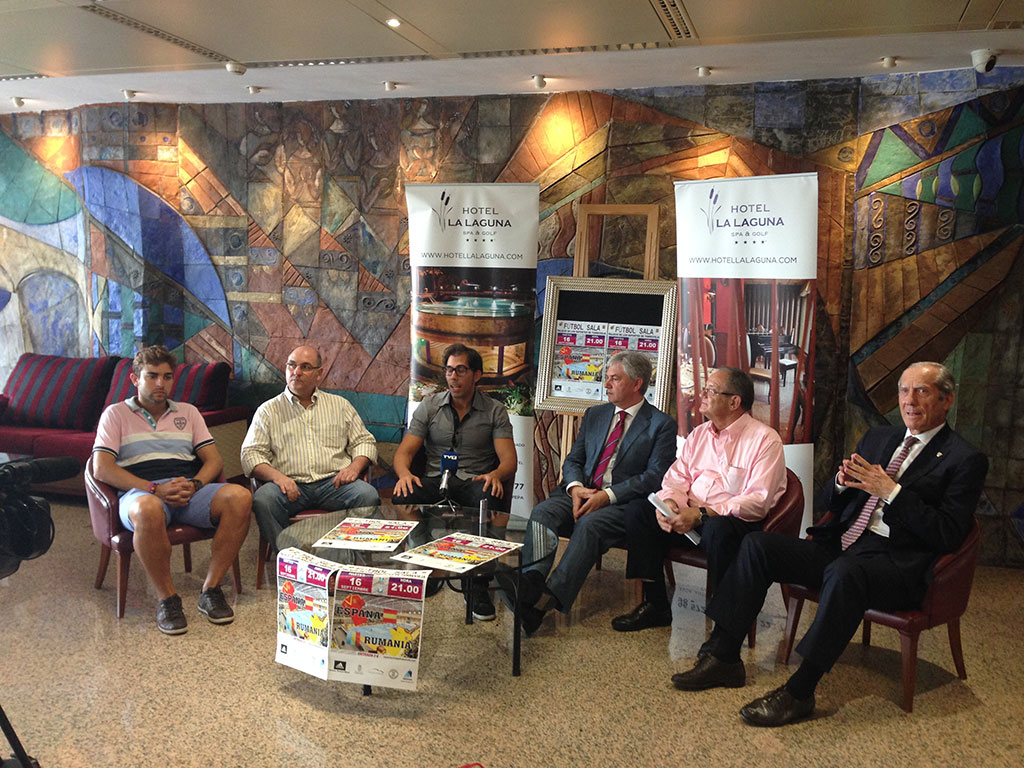 During 14, 15, 16 and 17th  September 2014 it will play the previous matches for the next European Championship will take place between the Spanish national soccer team against Romanian to be held in Comunidad Valenciana, being seat Torrevieja town, one of the matches  on Tuesday 16th September at 21.00 time at the Palacio de los Deportes Infanta Cristina.

The presentation of this International Meeting was held at Hotel La Laguna Spa & Golf, last Tuesday, 9 th September, where it made a press conference to inform to the media about the relevance of this meeting and the appointment of the matches that will take place from 14 to 17 September in the Community and which we will enjoy in Torrevieja next 16 day of this month.

We can take the opportunity to to know this match of first level!!!

In the next link, linking here, you can see a video with the summary of the presentation held at Hotel La Laguna Spa & Golf.