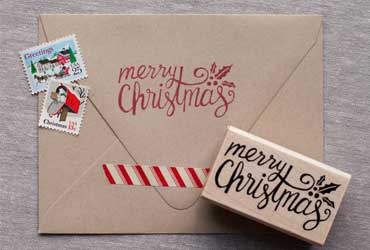 Do you remember when this holydays arrived  and it was very frequent to send and receive Christmas cards  to greeting?

Nowadays the vast majority of people have replaced traditional greeting card by sms, emails, virtual postcards or even videos.

Christmas cards were invented by Sir Henry Cole in 1843, a British knight, founder of the Victoria & Albert Museum, thinking of reaching all his friends in an original way and show their affection and greetings.

Due to the large number of friends he had, he decided that he should create a more comfortable method of sending his proof of  affection..

For this reason he asked the artist John Calcott Horsley to design a card where he could write brief wishes for happiness and sign it personally.

The postcard showed a large family, sitting around a table, toasting. The greeting text said: “A Merry Christmas and a Happy New Year to you”.

Horsley made 1,000 cards and, the ones he did not use, he sold them to one shilling each. In 1862 they began to print Christmas cards in series, and they were a success. In 1893 this custom received royal confirmation when Queen Victoria commissioned 1,000 cards to a British printing press.

With the new technologies this tradition has practically been lost.

What would you think of going back to these old customs? Do you fancy?