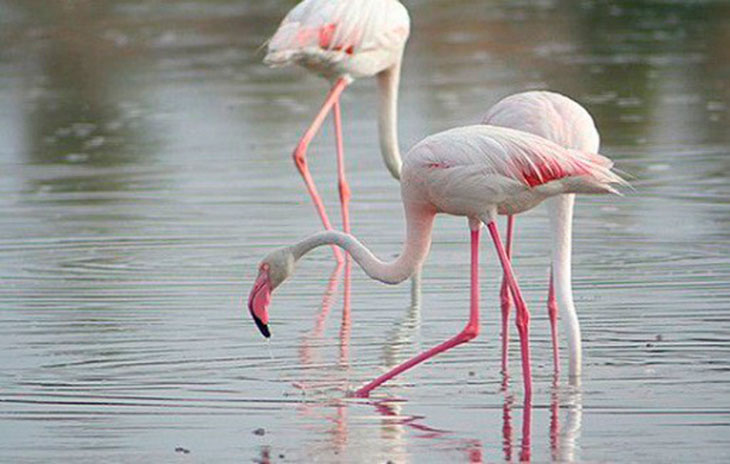 The Hotel La Laguna Spa & Golf is located in the middle of 3 wetlands of the South of Alicante, two of them are salt water as the Salinas of Santa Pola and the Natural Parc of Las Lagunas de la Mata and Torrevieja, and one of freshwater; the Natural Park of “El Hondo de Elche”, which also offers a wide variety of birds throughout the year.

These wetlands are a set with a great international tourism interest in the province of Alicante, in which the spotlights are many waterfowl species and seabirds.

Our Hotel is located near the Natural Park of the Lagunas de La Mata and Torrevieja, one of the most attractive wetlands of Valencia whose channel besides being Natural Park, is included as a Special Protection Area (SPA) being a nice destination for ornithological tourism fans, set in an area of rich flora with many water plants adapted to saline soils, typical Mediterranean vegetation of flora and fauna in which the main characters are birds, since here they nest and live more than a hundred different species of birds and up to 6 different species of gulls.

In this environment it is also easy to find flocks of flamingos (where they have been registered 300 specimens) and storks because of the abundance of crustaceans.

It’s a place to enjoy the environment and the indigenous nature that has guided outgoings and active tourism around cities like Torrevieja and Guardamar del Segura outputs.